Hazard Con is operated by the Society of Utils in Erie, PA.

​​​Hazard Con is a pop-culture convention, with a focus on anime, manga, and video games. Created by the local 501(c)(3) non-profit organization, Society of Utils, Hazard Con was created as a fun, all ages event for all pop-culture fans in the tristate area. Our vision is to provide a fun, safe environment for fans during a time of year when pop-culture events are sparse in the region.

​The name Hazard Con comes from Oliver Hazard Perry, the Hero of Lake Erie. He earned the title for leading american forces to a navel victory at the Battle of Lake Erie. His battle flag being the famous "Don't Give Up The Ship". He has a huge part in Erie heritage, having a monument on Presque Isle, as well as a park downtown named after him.

Hazard Con would like to introduce everyone to our mascots, and share their background! Meet Oliver and Anna!
Their names come from Oliver Hazard Perry, the person our convention is named after, and Anna Marie Perry Rodgers, Oliver Perry’s younger sister.

When designing our mascots, we wanted them to have a very anime look, while still representing Erie and Pennsylvania.
Drawing inspiration from Erie’s naval background, we chose to dress our mascots in sailor style uniforms. From the Pennsylvanian flag, and the Erie flag, we chose the colors of the uniform. We chose state symbols to incorporate into their designs as well.

​Anna is wearing our state flower on her sailor cap, the mountain laurel (Kalmia latifolia). Oliver and Anna can be seen surrounded by fireflies, our state insect; feeding white-tailed deer, our state animal; or drinking milk, our state beverage. 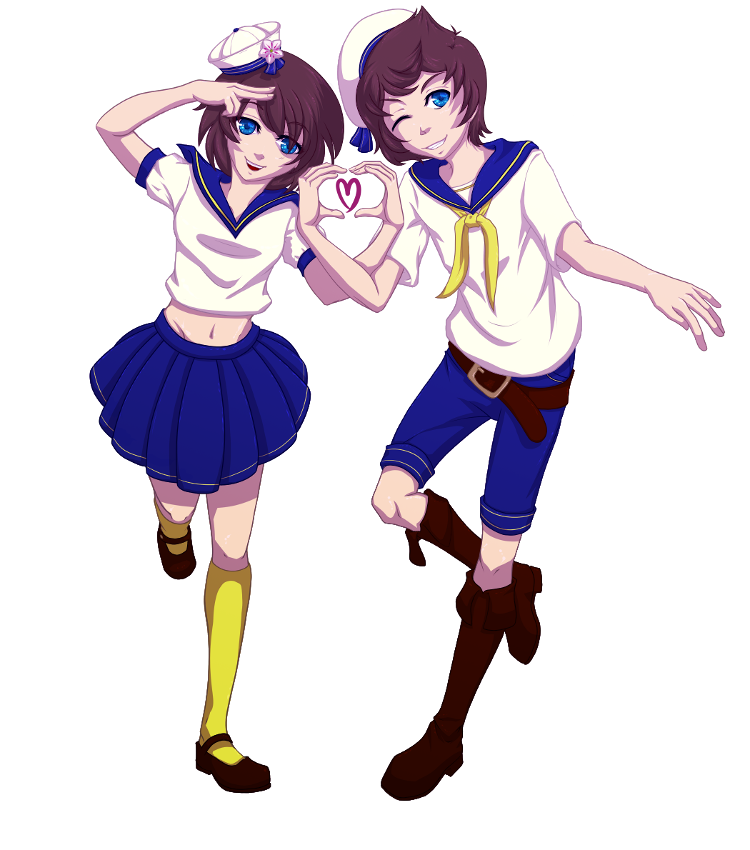 Erie, Pennsylvania - Hazard Con is a pop-culture convention, with a focus on anime, manga, and video games.